Music expresses that which cannot be said and on which it is impossible to be silent. - Victor Hugo

The Narrows Music Society is an umbrella organization for several performing groups including The Harbor Winds Concert Band, the Dixie Dusters Dixieland Band, jazz combos and chamber groups. The purpose of NMS is to enrich the greater Gig Harbor area through the performance of music and to promote music through young artists’ educational programs. NMS offers wind and percussion musicians an opportunity for artistic expression and provides the community with quality performances.

Narrows Music Society is a non-profit organization governed by a Board of up to nine members whose duty is to ensure the success of the organization through day to day activities and to promote the ideals espoused in the mission statement.

The Board meets throughout the year, beginning July 1st and ending June 30th. Board members are nominated and elected from the local community to serve three-year terms, not to exceed two consecutive terms. Board Members serve without salary or compensation.

Corey Berman graduated with a Music Education degree from Northwestern University and received his Juris Doctor from Indiana University – Bloomington. After teaching music and then practicing law for 30 years in the Chicago area, Corey moved to Gig Harbor in 2015. He plays and/or sings in various local groups, including Harbor Winds, Gig Harbor Peninsula Civic Orchestra, Tacoma Concert Band, and the Bremerton Symphony Orchestra and Chorale. When not playing, Corey motorcycles and gardens.

Becky Sharrett grew up in Bellingham, WA in a large musical family and played trombone in her family Dixieland band, led by her father, Robert Storms. Becky served in the Army and Army National Guard bands, attending the US Army School of Music, where she met her trombone-playing husband. She served 8 years as the First Sergeant and acting Commander of the 133d Army Band stationed at Camp Murray, Tacoma, WA, and is now a retired Army veteran with 30 years of service. She has resided in Gig Harbor for over 20 years, she has taught band at Lighthouse Christian School since 2006, and continues to play trombone with her husband in the Harbor Winds. Becky also helped start a band at a junior HS in the small community of Coatzingo, Mexico in 2014. 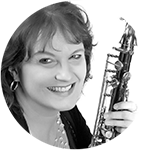 Sheryl Clark is a professional music educator, graduating from Western Washington University with a Saxophone Performance Degree and an Education Certificate from Pacific Lutheran University. Sheryl has taught band and choir for more than 20 years in the Peninsula School District. She also performed professionally with music greats like Tony Bennett, David Brubeck and others, and most recently in local groups. 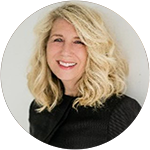 Cheryl Stone is the founder and Principal of Core Alliance Group, LLC. Cheryl holds a Juris Doctorate from Taft Law School, an MBA in Business Administration with a Human Resources emphasis, a BS in Business Administration and Business Management. Cheryl and her husband Charlie are long-time residents of Gig Harbor, their six children growing up in Gig Harbor and playing in the school band. Since the inception of the Narrows Music Society, Cheryl has played bassoon for the Harbor Winds. She looks forward to continued service on the Board as a Harbor Winds musician and to sharing and promoting music throughout our community. 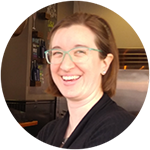 Stephanie McCarthy has been playing the clarinet since 4th grade. She has moved multiple times in her adult life and one of her great joys is playing in community bands wherever she goes. She is so glad to be a part of the Narrows Music Society and be a part of bringing people together with music!

Jason Ball is a transplant from Texas and the owner/chief storyteller at GW Creative, a design agency specializing in branding and website creation.  He has a B.A in Music Composition from Centre College and hangs out in the clarinet section of the Harbor Winds.  Jason loves great food, dark beer, and backpacking around the Olympic Peninsula with his wife and daughter. 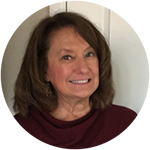 Joy Ozier, M.A.Ed. Is a retired special education teacher. Born and raised in New Orleans, which she still calls home, she loves living in Gig Harbor. Joy is very happy to be on the board of Narrows Music Society and to play in Harbor Winds Concert Band. 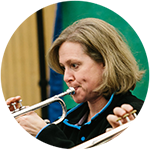 Lynne is a graduate of Ithaca College, in Ithaca NY. She earned a B.S. in Business with a concentration in Marketing while minoring in music performance (trumpet). She enjoys being a member of Narrows Music Society and also the Gig Harbor Civic Orchestra. Her kids keep her busy with an active schedule of piano, violin, cello and all types of sports throughout the year. She is the owner of Lighthouse Marketing Group specializing in non profit marketing and media outreach.

Eric Swanson is proud to be serving in his ninth year as Conductor of the Harbor Winds Wind Ensemble.

In addition to his duties with the Harbor Winds, he is in his eleventh year as the Director of Bands at Gig Harbor High School. The band program at Gig Harbor HS consists of three concert bands, three jazz bands, two percussion ensembles, two athletic bands and numerous chamber music ensembles. Eric previously taught in the Beaverton and Tumwater School Districts where the bands received numerous awards and accolades.

Eric enjoys spending time with his wife and three children, performing professionally, adjudicating music festivals and the marching arts as well as composing and arranging music for various ensembles across the country.

The Narrows Music Society includes a diverse set of small ensembles to larger performance groups. NMS encourages our musicians to find new and expressive ways to share music with the community.

We invite local and regional musicians with experience to join us as we bring our love of music to the greater Gig Harbor area.

The Harbor Winds will hold auditions for new members on (TBA) for the spring 2022 concert, and as needed during the concert season. Applicants should be prepared to perform the chromatic scale and both selections as listed in the audition material for their instrument (linked below). Warm-up rooms will be available.

Current and Past Players

Currently, all funding for the Harbor Winds comes from both player dues and donation/sponsorship intake.  While our ultimate goal is to remove player dues entirely, until our sponsorship reaches sufficient levels, we still rely on our player dues to purchase music, cover rehearsal/performance space costs, etc.

Questions? We Want To Hear From You